A Guideline for Social Security and Social Insurance Research

You need to attach this list to the final draft of your paper AND verify inclusion of these items in your research in order for your submission to be considered.

For your assigned country collect the following Data/other information: 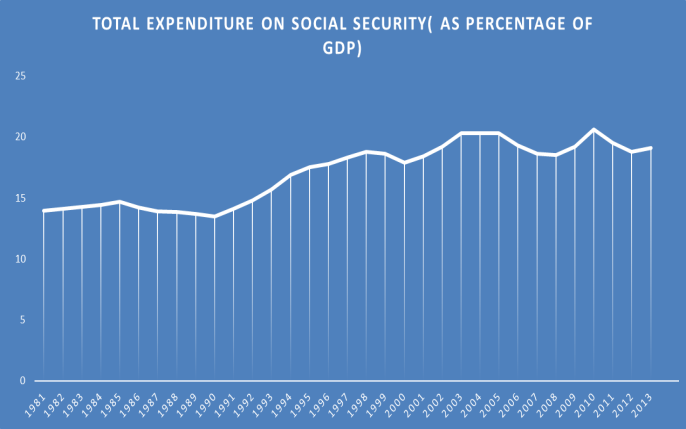 1. Social Security Expenditures: A historical perspective and a graph for it.

First of we can say that social security payment system is a mixture of both fully funded and pay-as-you go.

The Swiss social security system is divided into five areas:

These different types of insurance offer protection in the form of pensions, unemployment benefits and family allowances, as well as paying for costs incurred through illness and accidents. The benefits paid out by the different types of social security are in principle financed by contributions collected from income. For thehealth insurance, each person insured pays a premium.

3. Data for Dependency Ratio (demographic data): changes over time. Show the data on a graph and describe the trend. 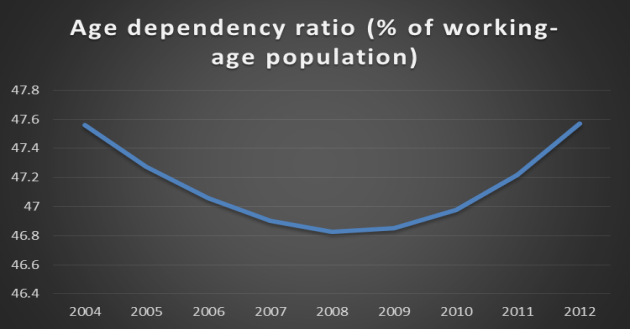 4. Data for Income Distribution among the Aged Population (the beneficiaries’). 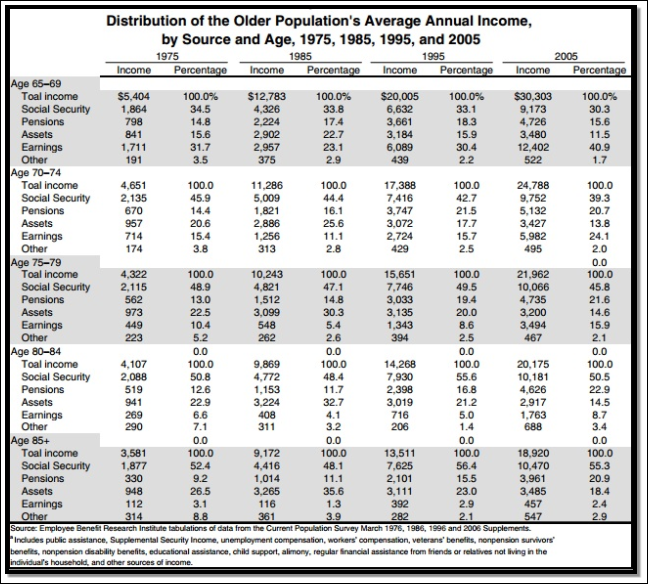 The Swiss social security system consist of state pensions and occupational benefits. For example, old-age pensions are provided by the contributions from the federal Old Age and Survivors Insurance and Disability Insurance. In addition to that as the need of these contributions to a company pension plan.

Employer and employee are both contribute to both state pensions and occupational benefits. Contributions to both are compulsory, however, contributions to the occupational pension fund only begin when the employee turns into the age of 25 and has an income more than Swiss Franc 21,060 in wages per year from one employer.

The Gross Replacement Rate is the monthly retirement benefit divided by the monthly labor earnings in the year prior to retirement. The graph above indicates the high correlation between the gross replacement rate and total expenditure on social security as percentage of GDP.

For EU/EFTA citizens who wish to retire in Switzerland also has to be approved as residents if they have sufficient financial resources to cover themselves as well as family members. They must also be covered in Switzerland with health and accident insurance. The permit which they will get first, will be valid for five years. An expansion of five further years will be automatically given if they continue to fulfil the conditions.

Spouse married to the worker for at least 1 year, or is the parent of the worker’s child, and meets one of the following age requirements:

Divorced spouse, married to the worker for at least 10 years, and meets one of the following age requirements:

In order to apply for unemployment benefit people must fulfill the necessary conditions:

If the person leaves without any reason from his/her previous job his/her entitlement to unemployment benefits may be suspended for a certain period of time.

If the person becomes involuntarily unemployed, he/she is entitled to receive payment into his/her unemployment insurance as a 70 per cent of the average earnings for the previous six months. Unemployment benefit covers five days per week as a daily allowance. Entitlement will begin after a waiting period of five days in which the person has to prove that he/she is unemployed. If the person is over the age of 55 and has applied for unemployment insurance contributions for at least 18 months, he/she is permitted up to 520 daily allowances in the same period.

10. Health Care Coverage for the eligible recipients and their dependents.

According to Swiss laws every resident in Switzerland must own the basic health insurance, in order to cover their many conditions, from childbirth, serious illnesses to doctor visits and etc. All health insurance companies must offer the same benefits covered under the basic insurance policy but may not cover optional benefits.

Many people can choose to buy extra coverage which applies to any health condition, including dental care, all illness treatments. In several models and some certain procedures when people seek health care in exchange for reduced premiums. Basic insurance does not fully cover some injuries which you suffered in an accident. In order to have that privilege you have also apply for “accident insurance” separately

Recently the Swiss Federal Council has increased the minimum pension age for the second pillar. The first round was implemented in 2004 while the second came in this year. In addition to that for second pillar pensions will be cut by around 8% for another two years, according to a new suggestion by the Swiss parliament. A reduction of the conversion rate by 0.5 percentage points means an average pension cut of 8%, so Parliament is now working on a new motion which aims to introduce a 6.4% cut by 2015 at the earliest. The parliament commission suggested that a five-year period should be established in order to adjust the rate step-by-step, after the law comes into effect.

12. Problems and issues with the system.

The problems and the issues with system is that as an increasing age population and decreasing labor force will affect the economy in the long run. Because with so much expenditure on social security reforms comes with price is that since the birth rate in the country is less than expected these reforms expenditure seems to be higher for governments to stable the economy. By 2050 most of the population will be 65+ while working force has decreased, with the increased pressure on GDP and less tax income most Europeans government faces a big problem with the increased pension costs.