Nowadays people are finding a place that they can eat, relax, hanging out with friends, meeting, and even held any events such as Birthday parties, Wedding and etc.; in a building or in other words all-in one building. In Malaysia, this type of building is rarely be found as people are looking for it. Most of the building in Malaysia have a single function.

“Restaurant and Convention” is a place that people can eat in the building as well as having meeting or held any events.

Restaurant means a business that serves food and drinks to customers in exchange for money. Normally, meals are served and be eaten in the restaurant or also can be take-out. Besides that, restaurant is a place for people to have a great time with family and friends.

Convention can be define as a place for large scale of people gathering with the same and common interest. Convention may refer to;

So this proposed project is a combination between restaurant and convention where people can dine-in and at the same time can hold any events at the Convention halls.

The proposed site location is located at the beach in Malacca called Klebang Beach. This beach is one of the best attraction in Malacca where the famous Coconut Shake is located near the beach. The purpose of choosing this site not only because of the attraction, it is because it has a nice view facing the sea, always have cool breeze blowing or natural ventilation, natural lighting from the sun and etc. Besides that, it is also near the main road, called Klebang Besar road. Below is the location map of Klebang beach from the Malacca State (Map 1.1) and proposed site of part of Klebang Beach (Map 1.2). 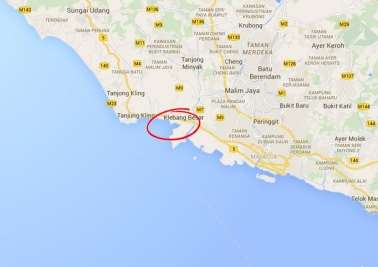 Map 1.1 Picture above shows the location of the site at the Part of Malacca Map. 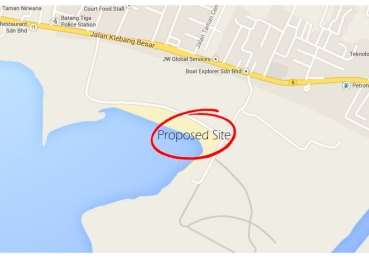 Map 1.2 Picture above shows the site from the Klebang beach.

Based on the Background of Project above, function of “Restaurant and Convention” is for people to have meal and enjoy the time with friends and family. Besides the convention act as an event hall for people to do any wedding reception beside the beach scenery. Not only for wedding reception, other events such as meetings or even birthday parties can be held there too.

The estimated capacity of people in the building will be 1000 person on weekdays while 1500 during weekend. The Population will increase during the peak season such as School Holidays, Hari Raya Celebration, Chinese New Year and etc., as more people or family will visit Klebang Beach for their vacations or going back to their hometown.

Apart from the Malacca state itself which is the majority of visitors, tourists from this country who came from the state of Johor, Kedah, Kelantan, Kuala Lumpur, Negeri Sembilan, Pahang, Perak, Penang, Sabah, Sarawak, Selangor and Terengganu. Tourists from outside also is of Neighboring countries of Singapore, the Netherlands and Australia. For tourism activities as well as migration, greatly affect the destination distance. Distance to the place of destination resorts will attract the number of tourists. Vice versa (Nicolas Mas, 2005). This explains why more tourists in the country against foreign tourists visiting to Malacca.

Table 1 shows the country of origin of respondents who travel to Melaka. Based on the findings study, traveler’s original from Melaka is the most tourist compared tourists from other countries. The percentage of tourists who hails from Malacca was 32.1 percent. From this table, the visitors that visits Malacca can be broken down into two which are tourists in the country and overseas tourists. The number of tourists in the country, 93.6 percent of the tourists who come from States that are in Malaysia while foreign tourists whose numbers were only 6.4 percent of the tourists who come from outside from Malaysia, based on, Geography Online TM Malaysian Journal of Society and Space 9 issue 3 (12-23) 17 © 2013, ISSN 2180-2491. 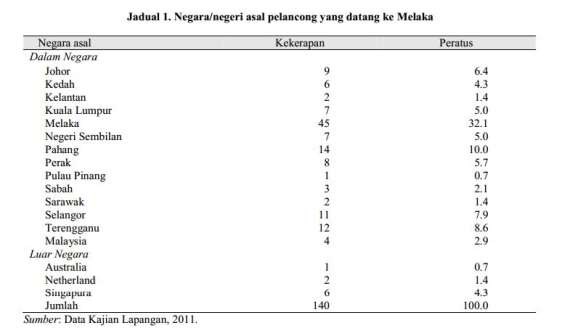 Table 1 Table above shows Tourists from Other Countries and States in Malaysia that visit Malacca in the 2013. (http://www.ukm.my/geografia/images/upload/2.geografia-july%202013-er%20ah%20%20choy-edkat.pdf)

The main purpose of this Restaurant and Convention project is the development is cost effective and will provide the state government with a return on investment in terms of tourism and economic levels.

As the first problem stated above by Alor Gajah Municipal Council, they want to develop a sustainable and effective development which are as above aspects. The aspects are:

So, solution to this problem is to combine some of the aspects together which is the proposed project. The proposed project which are combination of Infrastructure and Utilities, Recreations, Social/Community, Public Facilities and Commercial. With this combination, it can safe cost by develop all the aspects in one building instead of separate development. Not only can save cost, it can preserve the natural environment and nature surrounding at once, it can reduce the negative impact on nature. Since the proposed site is a beach, it will not pollute the beach during and also after construction.

It will also provide facilities to the people surrounding and also throughout the nation, Malaysia. As the proposed project is “Restaurant and Convention”, the development will not only consist of restaurant and convention halls. The development will consists of reading areas, IT areas, recreational areas, meeting rooms and etc. These facilities can serve the public efficiently. As I mentioned above, wedding halls are part of the convention halls in the development. Beach wedding reception is rarely found in Malaysia. With this development, it can provide wedding beach facilities and boost the economy level in Malacca as well as Malaysia.

People from all over Malacca and even Malaysia spend their time with friends and families at the beach. It has a really nice view of sea with cool breeze ventilating the area. It is a very nice place relax and spend time together.

Klebang beach has a very interesting snack, The Famous Coconut Shake, which is fresh coconut filling blend together with ice and Vanilla ice cream. This snack attracts people from Malaysia and even tourists that come from China, Japan and others.

Bustel is a word combination come from Bus and Hotel. Beside the coconut shake, this hotel is made from old bus and converted in hotels. This is to bring back the past time and make it into something new or in other word preserving. Tourist enjoy staying in Bustel because of the strategic place.

This proposal is to meet the output requirements in terms of drawings, 3D CAD presentation and physical models etc. There are several presentation techniques. 2D, 3D CAD or manual drawings will be used for this proposed project. By the end of this proposal, the effectiveness and appropriateness of the drawings/material presented, not the method used.

In a nutshell, Restaurant and Convention is a public facilities for the people surrounding to use efficiently. It is a relaxing place for families and friends to get together and enjoy the beach scenery with natural wind blowing while they are having their meal at the restaurant or while they are having any events at the convention hall.