Explain in detail how interest rates are determined in the money market. Examine the likely consequences for the macroeconomy of a reduction in the rate of interest and highlight the factors that might limit the effects. 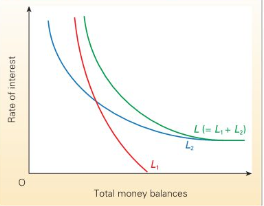 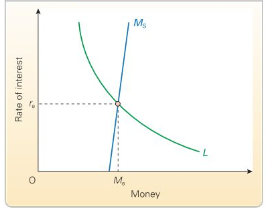 Consumption is the largest component of aggregate demand and has an effect on other components of aggregate demand such as net exports and investment Griffiths and Wall (2007). Lower interest rates increases the level of consumption by making the opportunity cost of consumption is lower. This encourages greater expenditure as borrowing through credit cards becomes cheaper. Lower interest rates makes saving less attractive by reducing an individual’s incentive to save. This lower incentive to save encourages consumers to spend rather than to hold onto money. It also reduces the income from savings and the interest rate that is due on loans taken out. However, borrowing now becomes more attractive and this stimulates an increase in spending. Lower Interest rates can boost the prices of assets such as shares and houses. Higher house prices means that current home owners must extend their mortgages which further enables them to finance higher consumption. Interestingly, the higher asset prices increases the wealth of households (through the wealth effect) which increases their incentive to spend as confidence will be higher. Higher asset prices means that businesses are also able to finance their investment (purchase of capital) at a lower cost. Lower interest rates also reduces the cost of interest payments on mortgages by reducing the monthly cost of mortgage payments. This increases the disposable income of householders which increases their level of spending. Moreover, lower interest rate can reduce the value of the Pound Sterling. If UK interest rates fall relative to overseas, saving money in UK becomes less attractive as higher returns can be earned in another country. This reduces the demand for the pound sterling and causes the reduction in the value. In figure 6 at stage 2, the fall in the currency is due to a decrease in the demand for the Pound Sterling in the foreign exchange market. The rise in the supply of the domestic currency from S1 to S2 leads to a fall in the demand for the currency from D1 to D2 and this causes a depreciation in the exchange rate from er1 to er2. This fall leads to a rise in the demand for exports as UK exports become relatively cheaper and more attractive overseas. There will also be a fall in demand for imports (as they become more expensive) and thus causing an increase in the national income (which further increases spending). 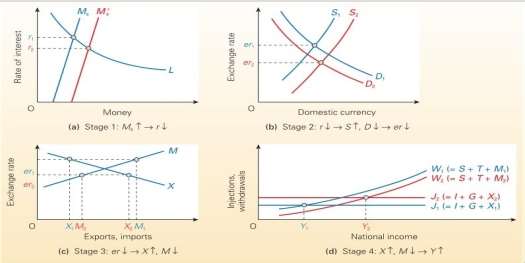 What if other factors can offset the full extent of a reduction in interest rates? There exist time lags in the economy that can limit the impact of rate cuts on the level on interest-sensitive expenditures. In figure 4, the increase in the money supply lead to a multiplied effect and resulted in a rise in the national income. However, the mechanism failed to highlight how a rise in income will also lead to a rise in the transactional demand of money (L1). In this circumstance, at stage 1, L1 would shift to the right and thus lead to a smaller fall in the interest rate than illustrated. Thus, the level of investment at stage 2 and the national income at stage 3 will not rise as much as shown as well. The overall effect of the money supply on national income will depend on the size of each stage. Their relative sizes depend on the shapes of the liquidity preference and investment curves (as in figure 6 and 7). A bigger change in the interest rate will be caused if the liquidity preference is less elastic. The more interest-elastic the investment curve is, the bigger the change in investment. If the marginal propensity to withdraw is lower and therefore the curve is flatter, this will cause a bigger multiplied change in the national income than illustrated (Sloman et al. 2012). 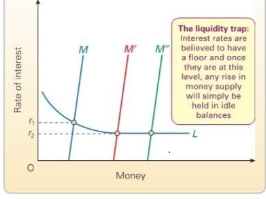 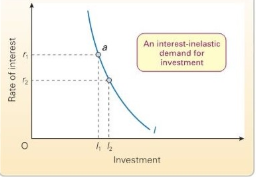 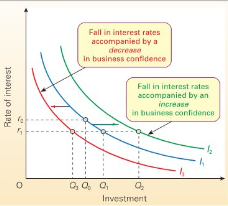 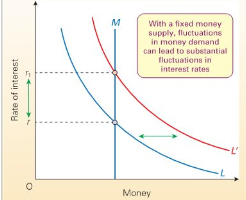 In conclusion, economics is a social science where theories are constantly examined and redrafted. In the interest rate mechanism theory, an increase in the money supply will lower interest rates and stimulate interest-sensitive expenditures. This stimulation will have a multiplied effect on the level consumption, business investment, mortgage payments and asset prices. However, the impact of a reduction in the interest rate on the economy is quite a complex subject to address. Many determinants must be factored in for the full impact to be noticeable. Even if the overall effect of a reduction in the interest rate is quite strong, it is highly unpredictable to measure and estimate the magnitude of it. Investment is influenced by confidence and on elasticity to the interest rate. This changes the original impact of a rate cut. The nature liquidity preference curve can be highly unstable and not be impacted by any changes in the interest rate. There also other factors like the price-level, expectations and income that can impact and offset the intended purpose of an increase in the money supply.

All the factors highlighted in this essay can limit and offset the impact of a reduction in interest rates on interest-sensitive expenditures and the growth of the economy.